(2022) Valheim Controller support: How to Play Valheim With a Controller

With a very simple interface, the Norse-inspired game isn’t very involved when it comes to having a difficult interface with movement, combat, and building. So wouldn’t it make sense to have Valheim controller support? At Valheim Server Hosting, we’re going to look at Valheim with a controller and any possible limitations it has with controls.

“Partial Controller Support” means that it is possible to use a controller in Valheim, but there are some limitations. One of these is that Valheim might not work with every controller. There’s also no current controller mapping in-game.

Which Controllers Work With Valheim?

As far as Valheim controller support is concerned, many state that the Xbox and PlayStation controllers work fine with Valheim.

Unfortunately, those who are looking to reassign their button controllers will have to deal with the default partial controls or attempt to use Steam’s controller configuration.

Movement And General Controls For Valheim

Movement is an important feature in Valheim as you need to run to or from enemies, crouch to sneak by enemies, or even activate your forsaken power in Valheim.

Even if Valheim controller support is only partial without in-game mapping, you can still do every command in the game.

Crafting is such a large part of the game that playing Valheim with a controller almost seems like a no-brainer because of how much raw material you’ll be processing when navigating your crafting interface.

With partial Valheim controller support, you can craft directly from your inventory, use the workbench, and repair your tools and weapons.

Whether you’re playing Valheim on MacOS or hanging out on a dedicated Valheim server with friends you’ve met on some of Valheim’s best Discord servers, you’re always going to be building something.

To survive in the harsh Nordic environments, you’ll need to learn to construct a base that can survive everything from the harsh Viking elements to attacks from creatures. Unfortunately, building in Valheim isn’t the easiest because of all the rules in place when snapping pieces together or building on different terrain.

However, the gamepad controls should become intuitive over time as you practice only a handful of Valheim building controls.

How To Connect A Valheim Controller

Now that you know that Valheim controller support is possible, it’s time to connect your controller. Fortunately, most controllers, such as the Xbox and PlayStation controllers are plug-and-play. That means you don’t need to worry about configuring the controller as you simply need to plug it in and Valheim will recognize it.

What If Valheim Doesn’t Recognize My Controller? 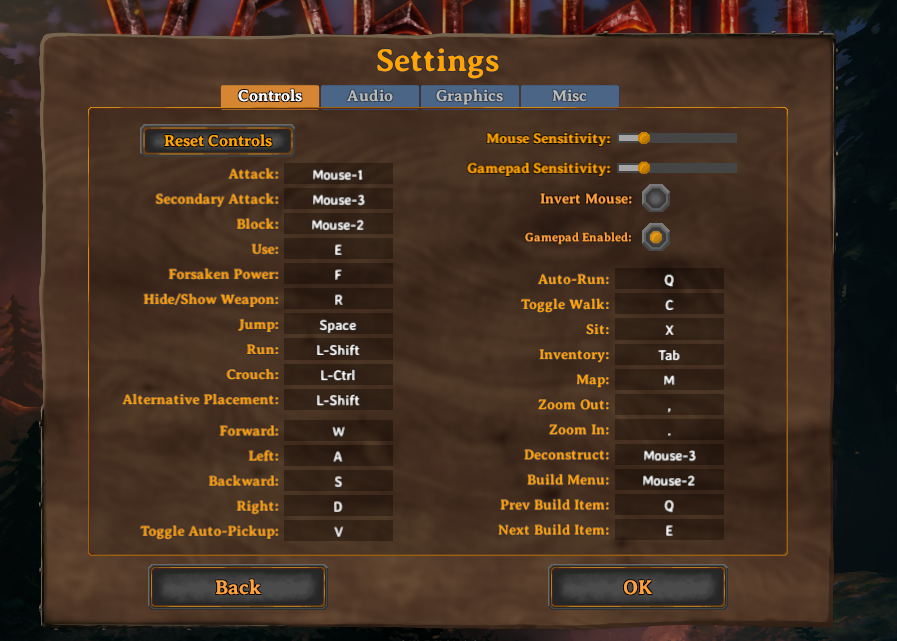 If you’re using a controller that is not plug-and-play like PlayStation and Xbox controllers are, then you can try enabling your gamepad through the in-game settings.

Whether you’re playing on mouse and keyboard or just want to sit back and play Valheim with a controller, the best place to do so is on an instant Valheim server that you don’t have to worry about.

Hosting your Valheim server with a dedicated service takes the worry out of needing to troubleshoot your hardware or worry about how your internet connection will affect other players.

24/7 servers mean you can rest easy knowing your night owl friends can stay awake and continue their adventures in your world without you needing to be there to maintain it. As soon as you’re available, you can jump back on instantly and have access to all of your progress.

The experienced team at Valheim Server Hosting has you taken care of with 24/7 customer support and automated server backups. So if you don’t meet the server requirements to host your own dedicated Valheim server or don’t want the headache of fixing your own Valheim server lag, renting a dedicated server will help you enjoy the game.