If you’re looking for the best Valheim server seeds in 2022, at Valheim Server Hosting, we’ll delve into a list of great Valheim seeds to start your next adventure.

Every time you input a new Valheim server seed, you spawn everything needed to experience the entire game from bosses to biomes. However, each Valheim seed varies in layout with how each biome is set up. While each set of biomes is available in each seed, each world layout will look completely different.

Despite the different Valheim seeds available, you always spawn in a meadow’s biome. A meadow biome will have some of the basic resources you need to start the game from wood and stones to flint and raspberries.

How To Use the Best Valheim Server Seeds to Start a New World?

Valheim uses procedural generation to create different worlds that randomly generate their own seed. However, you’re able to use your own string of characters when starting your own game.

Now that you know how to put your seed into Valheim to start a new world, how do you know which Valheim seed to use? Look at one of the Valheim seeds below and decide which one you want to use based on your playstyle.

The Best Valheim Seeds In 2022

Be mindful of your caps lock key when inputting these Valheim seeds, as they are case-sensitive. 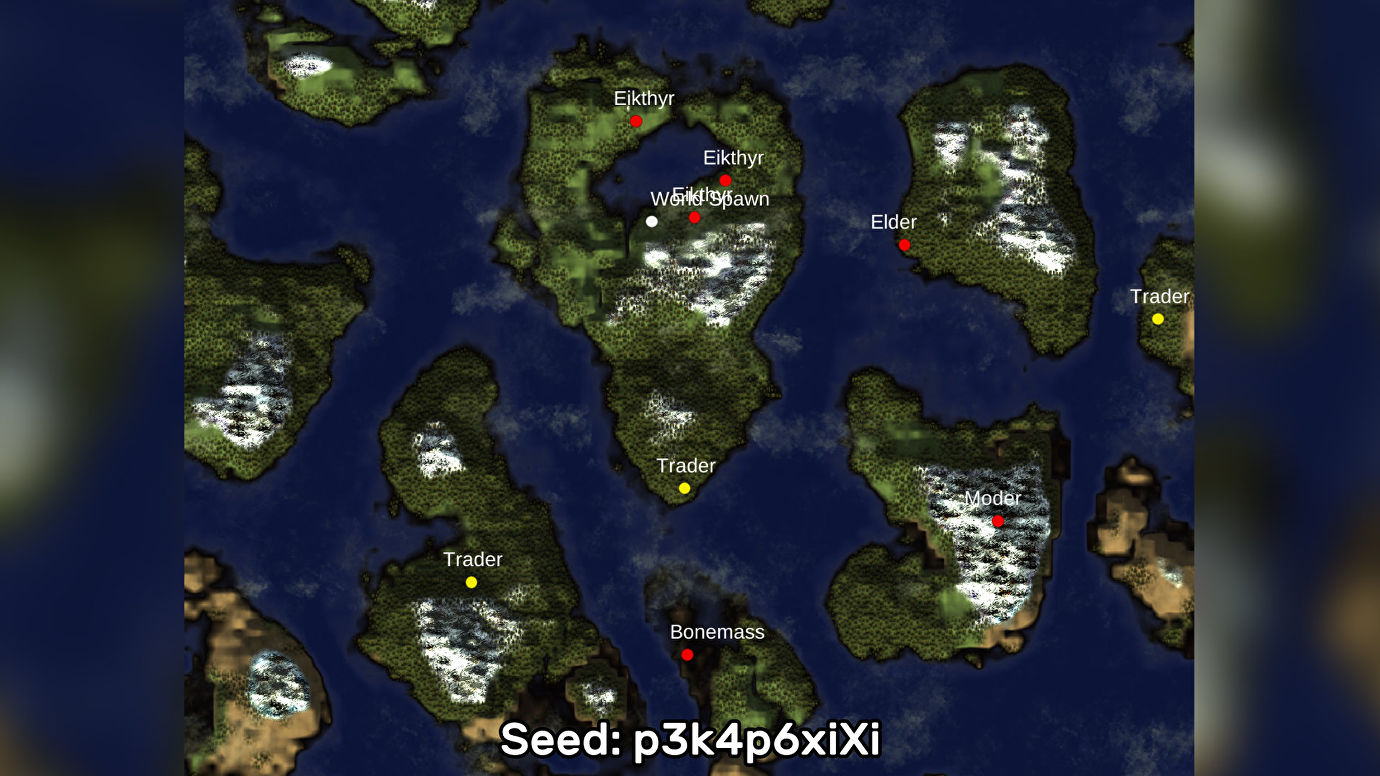 If you want some of the more dangerous biomes nearby, then use this seed. To progress in Valheim, you must take down the dangerous bosses the biomes throw at you. The five bosses in Valheim are The Elder, Bonemass, Moder, Eikthyr, and Yagluth. In most seeds, each boss is in faraway lands, far from your spawn or main base. Fortunately, using this seed has all five boss locations not far from your location. 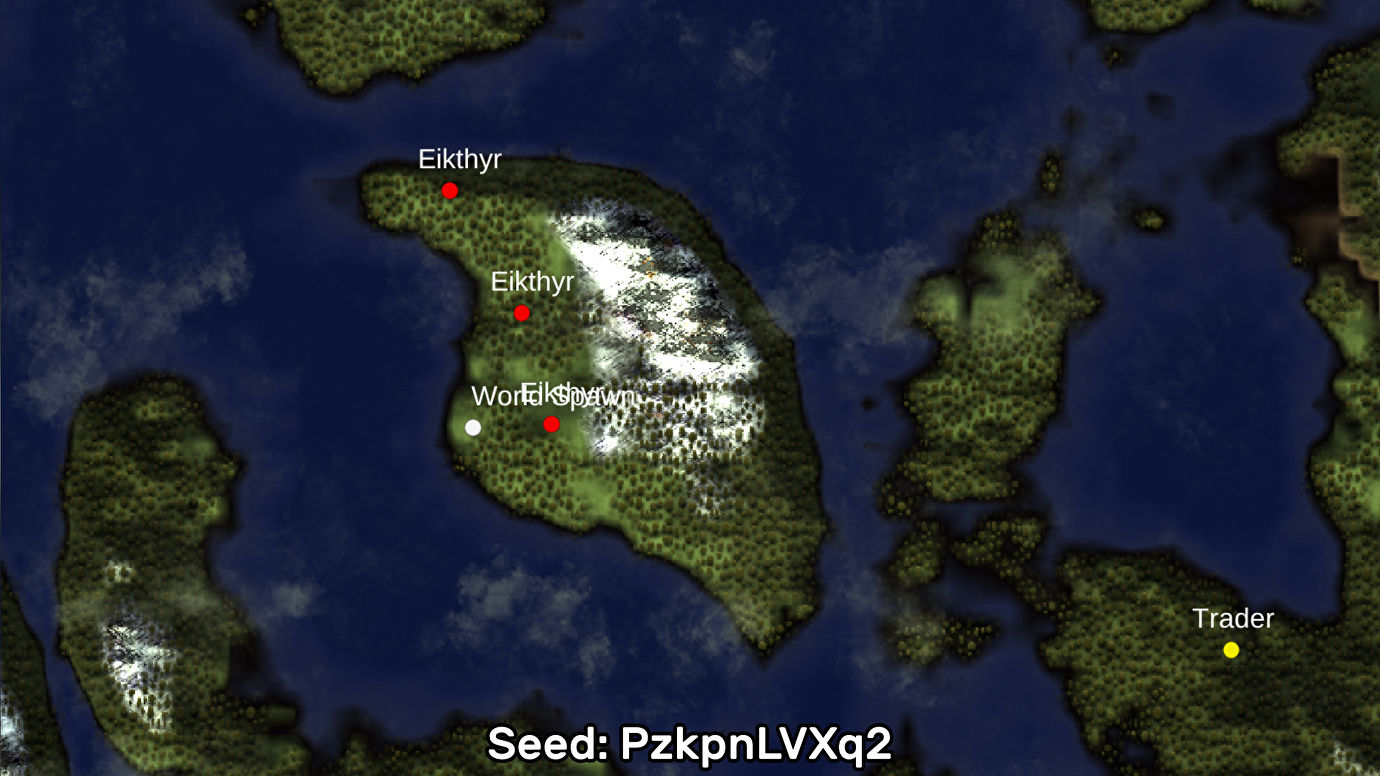 If you’re familiar with Minecraft, you’ll know the concept of “survival island.” The survival island concept has you spawn on a smaller island with limited resources. This seed is for those who want a challenge when starting Valheim. If you’ve always spawned in a seed where you have convenient resources nearby, then you’ll want to check out this challenging seed.

When you start with this seed, the island you spawn on is further from some of the more resourceful biomes. That means you’ll need to traverse the seas in a raft and risk exposure to the elements or dangers of the sea with very little equipment.

HHcLC5acQt - (Almost) Everything on One Island 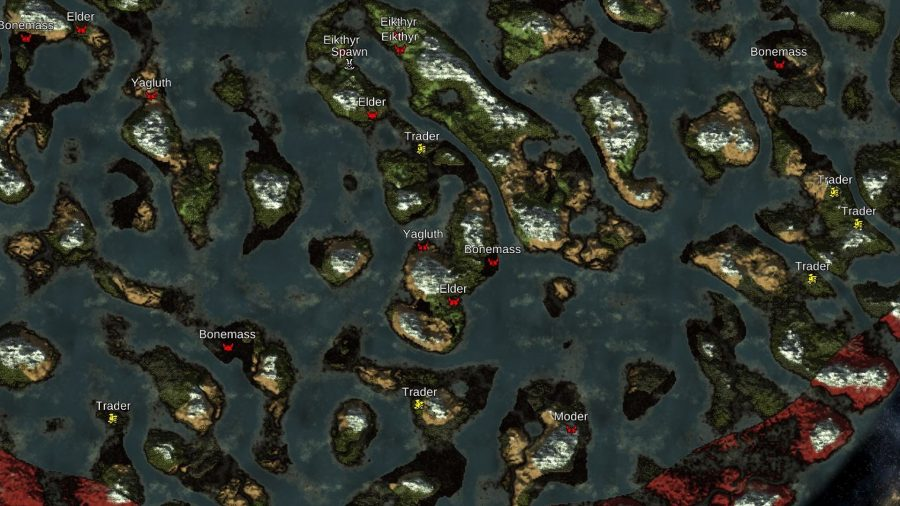 If you want fast progression, then imagine spawning on an island where you have four of the five bosses. You can get almost everything done on one island. There are great resources nearby for preparing to battle the bosses. It’s not suggested to take these on without a couple of friends. As tempting as it is to jump straight into these bosses, if you’re ill-prepared, you’ll be destroyed immediately.

This is for those who want to try a Valheim seed where you don’t have any nearby bosses, but need a bit of challenge. Here, the spawn location is situated in a small meadow within a dense black forest, making it one of the harder seeds to complete.

Normally, there’s at least one boss on or near the starting island. But what if you’re the explorer type? If you want to get out and explore the dangers of the world before you face down the bosses of Valheim, then this is the perfect seed for you.

So far, most of the seeds on the list have you doing some degree of exploration, but what if you had all the biomes in one place? With this Valheim seed, you can have all five of the biomes on one convenient island. That means you’ll have all the resources in one convenient place. You can get copper from the black forest, turnip seeds from the swamp, etc.

Not only does this Valheim seed provide plenty of resources, but there are plenty of crypts for you and your friends to loot. There’s nothing quite like looting crypts for scrap iron, ancient bark, and other resources. However, to access these crypts, you’ll need to pick up a Swamp Key after defeating The Elder, the second boss in Valheim. Be careful of all the poison you’ll encounter in the crypts.

It’s suggested to pick up a resistance mead to deal with the blobs and oozes you’ll find hindering your progress to valuable resources in Valheim. It’s a good thing those block changes came with Valheim’s Hearth and Home update.

If you’re tired of all the flat islands, you spawn on in Valheim when you start with an average seed, then imagine spawning on an island where the black forest is a short walk away? What’s even better is if you look not too far in the distance, you’ll realize that you’ve spawned on an island with a mountain’s biome.

This is a challenging Valheim seed for those who want it a little rough in the beginning. You’ll want to build a raft as soon as you can so you can escape the island when you need to find other resources. When inputting this seed, you need to type in “equinox” without any capitalization.

Imagine spawning on an island where you have access to a trader right away? Not only that, but there are plenty of crypts for you to loot once you’ve passed the second boss. Not sure what to do with your excess gold coins? Are they hanging out in one of your many chests scattered about your base?

Well, if you want to get rid of some of your currency to trade for some interesting items, then you need to find Haldor the trader. Some players haven’t found Haldor, others have taken countless hours to locate him, but if you want him right away, then use this seed.